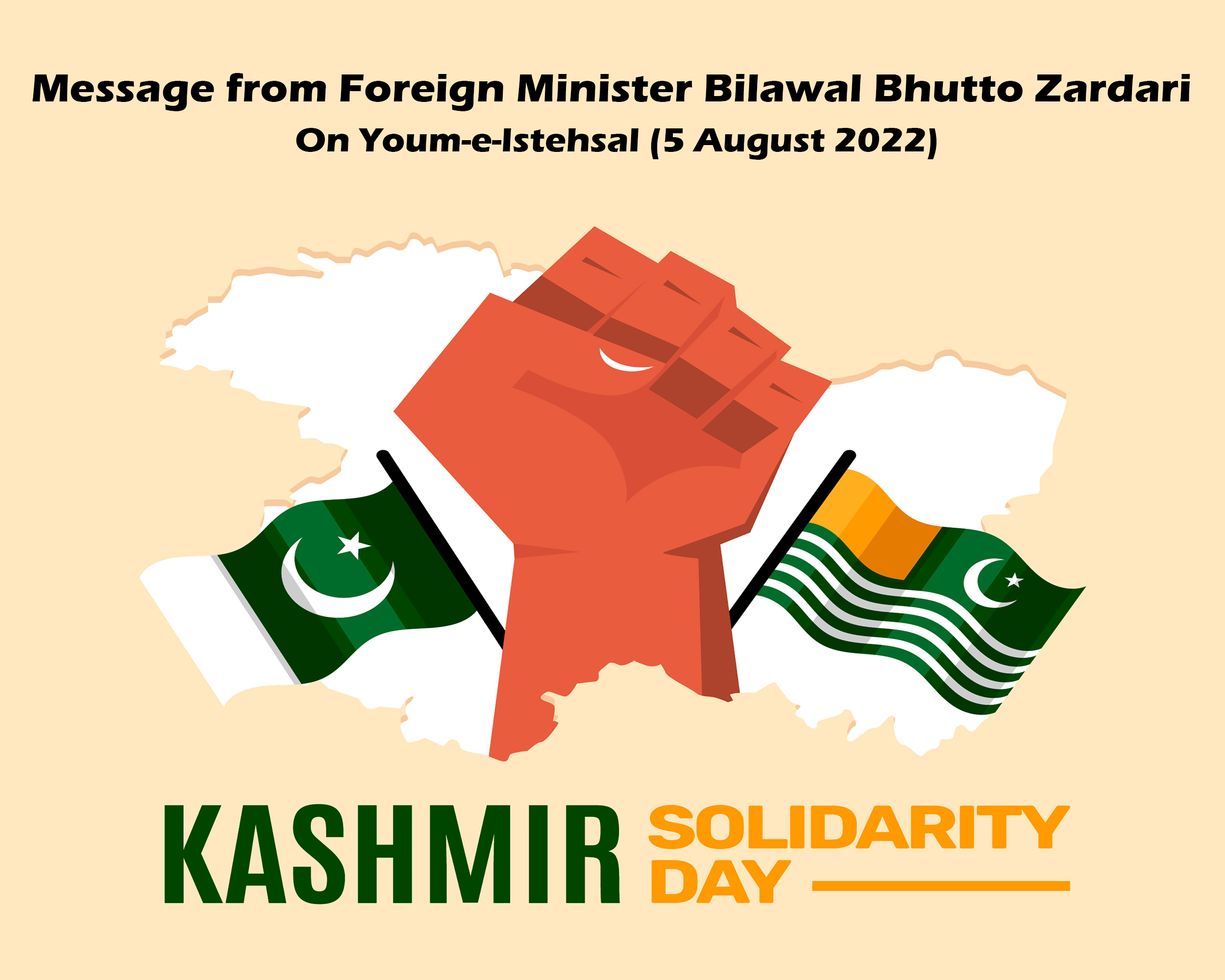 On 5 August 2019, India took illegal and unilateral steps in the Indian Illegally Occupied Jammu and Kashmir (IIOJK) in a bid to change its internationally recognized disputed status and to alter the demographic structure of the occupied territory.

Developments in the last three years have made it amply clear that India has been relentlessly pursuing its nefarious design of furthering demographic changes in IIOJK. It is doing so through repressive measures including outrageous gerrymandering to create Hindu-dominated constituencies at the expense of Muslim majorities, the issuance of millions of fake domicile certificates to non- Kashmiris, and modifying laws on ownership of land and property.

These measures constitute nothing but an Indian attempt to obliterate the distinct Kashmiri identity in violation of the United Nations Security Council Resolutions and international law, including the 4th Geneva Convention.

The presence of 900,000 troops has turned 110JK into the most militarized zone in the world. The human suffering of Kashmiris, inflicted through extra judicial killings, arbitrary detentions, incarceration of the true Kashmiri leadership, and harassment and other gross violations of human rights, are well-documented and have been condemned worldwide. More than 650 Kashmiris have been martyred since 5 August 2019, including over 130 in the year 2022 alone.

India’s reprehensible treatment Of Kashmiri journalists and human rights defenders has revealed that it would not hesitate to go to any extent for the perpetuation of its illegal occupation.

Pakistan has always desired peaceful relations with its neighbors, including India. Unfortunately, India’s actions and its subsequent machinations have vitiated the peace and security environment in South Asia. The onus remains on India to create a conducive environment for result- oriented engagement. This is essential for durable peace and stability in the region.

The international community must demand an end to India’s gross and widespread human rights violations in IIOJK; reversal of its unilateral and illegal actions of 5 August 2019; repeal of draconian laws; and implementation of relevant UN Security Council resolutions on Jammu and Kashmir.

On its part, Pakistan’s ultimate objective remains the peaceful resolution of the Jammu and Kashmir dispute in accordance with the relevant resolutions of the United Nations Security Council and wishes of the Kashmiri people. In this just cause, Pakistan will always remain in strong support and solidarity with our Kashmiri brethren till the full realization of their legitimate rights.